German Village, founded in the mid-1800s, is one of the most atmospheric neighborhoods in the Midwest. It offers the lovingly restored brick houses, shops, streets, and sidewalks full of historic charm and modern swank.

It was added to the National Register of Historic Places on December 30, 1974, becoming the list’s largest privately funded preservation district, and in 2007, was made a Preserve America Community by the White House. On November 28, 1980, its boundaries increased, and today it is one of the world’s premier historic restorations. In 2011, German Village was named as one of America’s Great Places in the Neighborhoods category by the American Planning Association. Their description reads, “Unpretentious, renovated houses and cottages stand shoulder to shoulder. Small, meticulously maintained front yards front tree-lined streets with brick sidewalks and cultivated village planters. Small businesses and storefronts with eye-catching displays and the aroma of culinary delights draw in passing pedestrians. German Village has remained true to its mid-19th century history, architecture, and character despite periods of disinvestment, decline, and near ruin.”

German Village is known for charming brick houses built by 19th-century immigrants along Beck, Mohawk, and Deshler streets. Shops selling books, traditional fudge, and handmade jewelry mingle with art galleries, German pubs, American bistros, and artisan coffee shops. At the neighborhood’s southern end, Schiller Park offers trails, fountains, and an amphitheater that’s host to Shakespeare in the Park performances on summer weekends. Accessible via Whittier Street from German Village and the Scioto Trail from downtown, the Scioto Audubon Center is a 120-acre respite for birds and people alike, with a stellar view of Columbus’ skyline. A nature center, complete with native fauna, natural ponds and the largest free outdoor climbing wall in the U.S.

Merion Village is a diverse historic neighborhood located just south of German Village along High Street and Parsons Avenue. First settled by Nathaniel Merion in 1809, the area was built into the industrial hotbed of a growing industrial city.

Many of the residents of Merion Village have roots that go back three and four generations, and the neighborhood contains houses built mostly around the turn of the century. 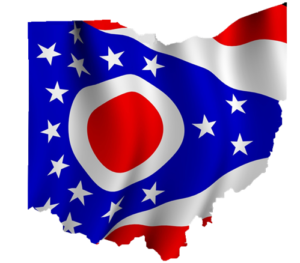